skip to main | skip to sidebar

Riding the bus from the city to my place of work in nearby Palisades is still a new experience to me. I only ride it when my sister-in-law, Trish, is on vacation, which she is at present. When I started to recognize Palisades from the bus window, I hit the stop button above me. Previous bus-riding experience told me that my stop request should alert the driver to halt at the next bus stop, right? Wrong. He stopped right then and there. And in my shame I approached the bus's front. I explained that I simply wanted him to stop at the humble wooden bus shelter ahead. He mumbled something in a thick West African accent, shook his head, and drove on.
Now feeling the eyes of the other passengers on the back on my head, I stared out the windshield anxiously. The stop could not have come soon enough. When I exited, I pathetically said 'Thank you' and 'Sorry,' and walked out with my head down.
When I was two steps off the bus, I realized that my load was now lighter; I had left my trusty green Nalgene bottle on the confetti print seat next to me on the bus. The bus was still there; people were getting out behind me, but I couldn't even look back at the scene of my melee, let alone board the bus again to retrieve the beloved vessel.
That Nalgene bottle was one of my favorite things. It was even free from BPA leaching plastic, dammit! I found it almost exactly a year ago, when I still worked as a graveyard shift janitor at the Wilkinson Student Center on BYU campus. It was sitting on a wooden bench in the late June moonlight. It was sorrowful and alone. Back then it was practically brand new, without a scratch. It was mine. Finders keepers, losers weepers (though the loser would probably be dehydrated and unable to cry much because of it).
And now it's gone. Sent back into the karmic, poetic nothingness from whence it so quietly came. To find it again means waiting for a similar night in the crispness of late June, when the moon shines on green mountain trees and forgotten Nalgene bottles of the same hue. Or I may just check the lost and found at the George Washington Bus Terminal. It might be there, actually.
at 7:47 AM 4 comments: 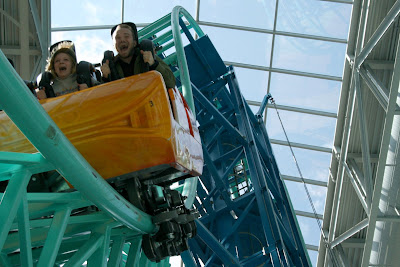 Last weekend I met up with Dan in Minneapolis to give a couple presentations with him at the National Art Educators Association convention. Seeing my buddy Danny B again was like eating a hot apple pie treat from McDonald's. Our presentations, which discussed some of the work we've done together over the years, went well. More importantly, there was plenty o' fun to be had... 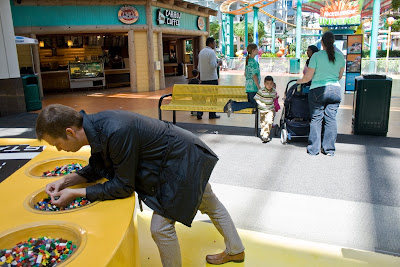 This is Dan sorting through some Legos at Legoland in the Mall of America. 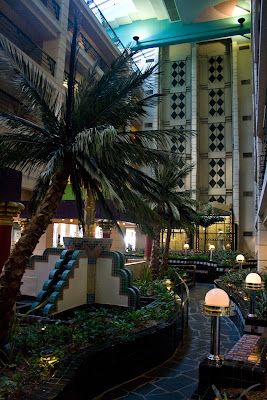 Our classy hotel, right above a Bail Bonds place, on 7th St. in Mpls. The decor of the place was like... imagine Cher throwing up on Celine Dion. 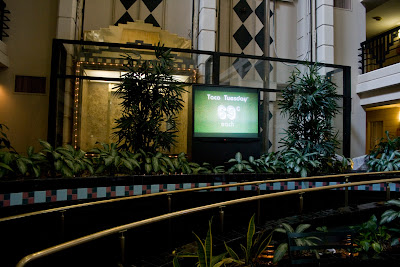 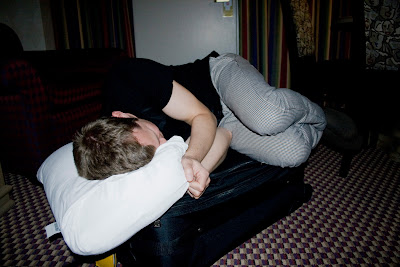 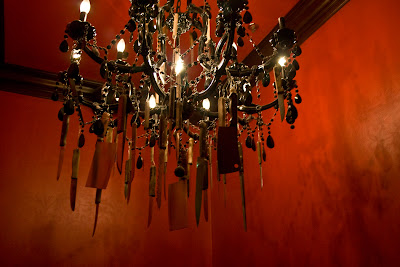 A kooky knife chandelier that made Dan and I think of one of Cass' paintings. 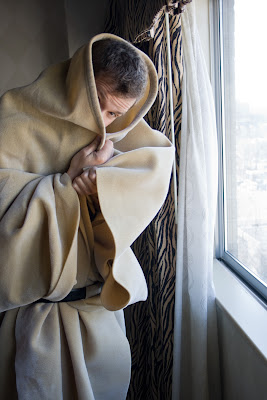 Dan was also cold.
My thanks to my good friend Jason for hanging out with me and driving me around. The two of us, with his fiance Amanda, went on as many rides as we physically could on Monday night at the amusement park in the Mall of America. Amazing.
at 4:10 PM No comments:

Seeing your reflection in the faces of friends 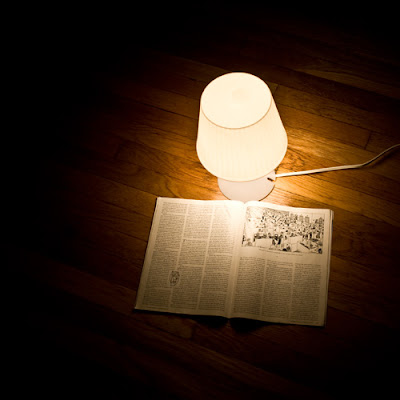 When I read The New Yorker I feel like I'm claiming my place amongst society's upper crust. 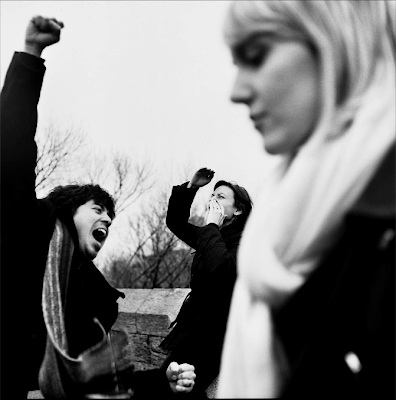 Scott Zuniga, Emilie Zuniga, Brenda Barrett. I love all of these people. 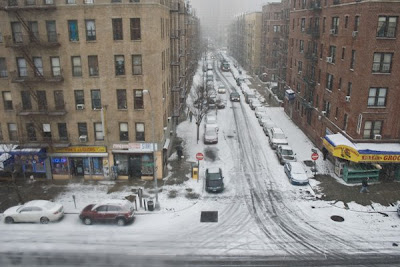 Snow falling on Sherman. The view from our old place. 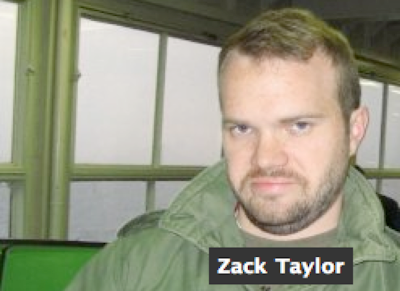 This is from a photo taken aboard the Staten Island Ferry when Smitty was in town.
at 8:18 PM 2 comments:

HAS THE MAN GONE SOFT?
THE OFFENDER: Jonathan Martin
THE CRIME: Mushing up a previously hard-edged weblog
THE VERDICT: GUILTY 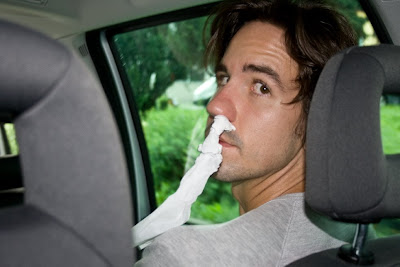 Buddy?!
(Shaking Head)
Buddy. Come on.
We know you want to pay homage to the amazing photographer that is myself, but doing it publicly just sissifies you. Buddy, ye who was the once the source of everything hard-hitting and risque (see: Seriously?, January 24, 2009), ye who was once a no-holds-barred filmmaker (see: Lemko Lemko, Bird Attack, etc.)... Now what films are you polluting with your sickening brand of neo-romance? A Meg Ryan biopic?
I tried to contact Jonathan regarding his newfound creamy center, but official representatives at the Martin compound had only this to say: "No Comment, Grungebag." 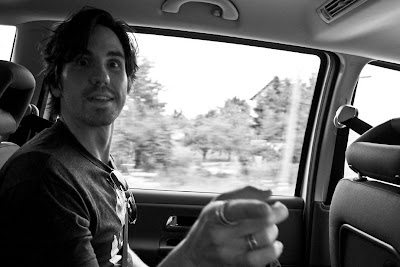 Buddy.
Come back to the dark side. No more footsie matches under the kitchen table of life. Embrace your true self. Return to seediness.
at 3:46 PM 4 comments: 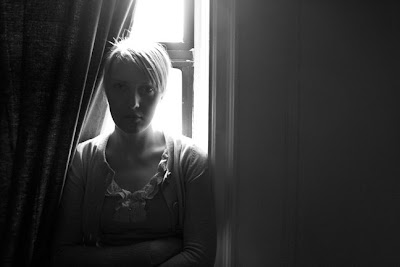 I love my wife Brenda. She is amazing! She makes great food from scratch including fajitas, minestrone soup, waffles, and black bean soup. She's great and she's so pretty.
at 1:07 PM 6 comments: 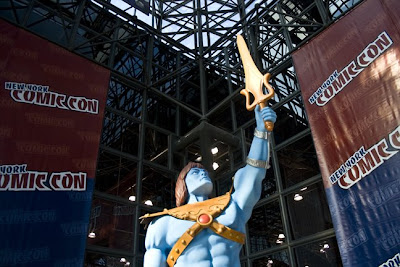 My first Comic-Con! Sweaty fanboys pawing over well-preserved first editions as far as the eye could see. 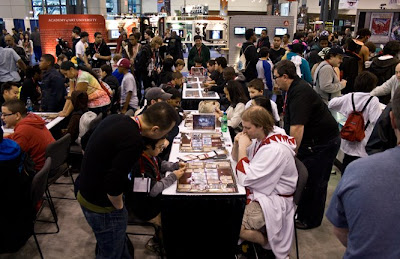 There was plenty of D & D slash Magic the Gathering going on. 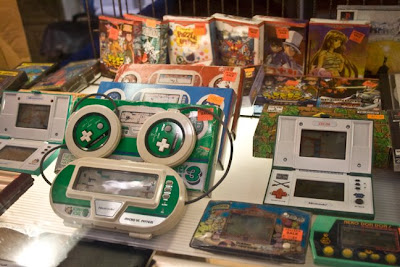 Old Nintendo Systems I was drooling over. All for sale! Curse my dismal resources. 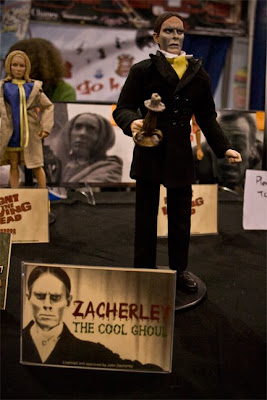 The closest I'll come to having an action figure of myself. 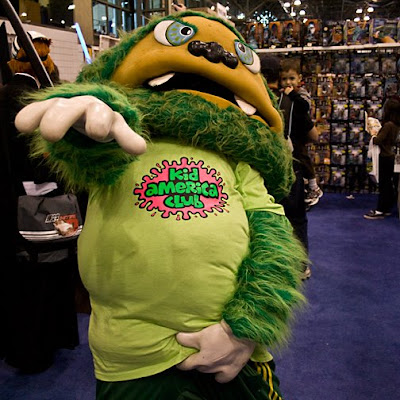 This guy gave me his 'x-rated' pose. 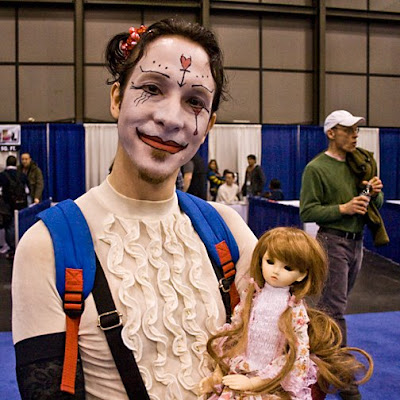 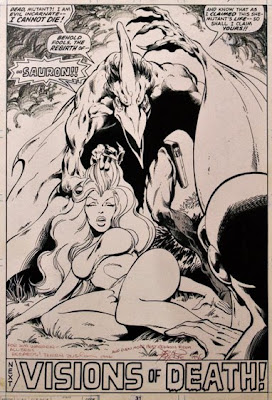 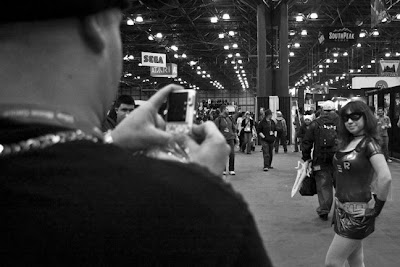 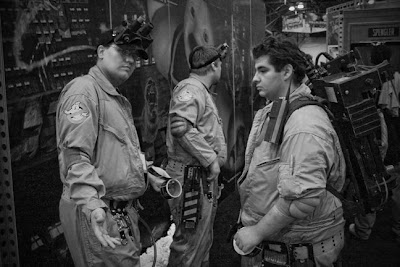 It looks like the Ghostbusters have really let themselves go over the years... 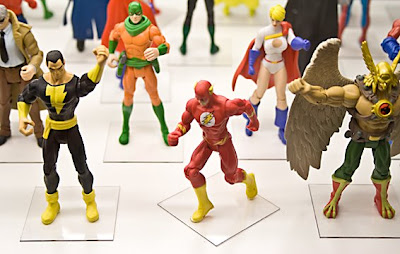 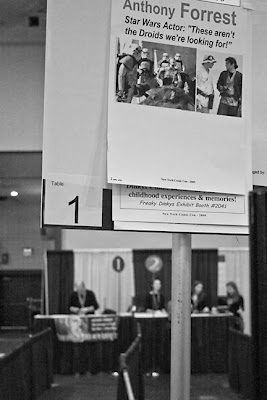 Probably the saddest shot of the day. Interesting how one line of dialogue can lead to a career on the convention circuit. As Hadleigh and Seth pointed out, the 'Autograph Area,' which included Peter Mayhew (the guy inside the Chewbacca suit), felt a little like the poignant autograph/merch scene in The Wrestler. It's the strange territory where pride and embarrassment overlap. The dream goes on...
at 9:08 PM 2 comments: